We have received news from the Naseby Battlefield Project of the sad death of WWI and ECW expert, Martin Marix Evans, another victim, it seems, of the Covid-19 pandemic.

As The Naseby Project said, Martin was a tireless campaigner for battlefields heritage and preservation, and a founder member of both the Naseby Project and the Battlefields Trust. He was one of the ‘gang of 3’ who metal detected and logged the battlefield at Naseby and led the campaign to protect it from the building of the A14, then subsequently of the campaign to build a Visitor Centre fitting to the status of the battle that decided the struggle for Parliamentary democracy in Britain.

Martin was a great friend to the Pike and Shot Society

Saturday sees the opening of a small new Naseby exhibition at Daventry Town Museum in collaboration with the Naseby Battlefield Project.

We understand that the opening day is being supported by local reenactors who will demonstrate weapons and equipment.

On display is a significant sample of the hundreds of artefacts recovered from the battlefield over the years, and special loaned items of equipment and curiosities such as Fairfax’s flask and cup (made from his horse) …

Also on display will be Phil Steele’s much travelled model of the battlefield featuring over 500 15mm figures depicting the various regiments as envisaged on Streeter’s projection.

The exhibition is on til April and is open Tuesdays to Fridays and occasional Saturdays (see poster below).  Well worth a look if you are in the area.

The Pike and Shot Society 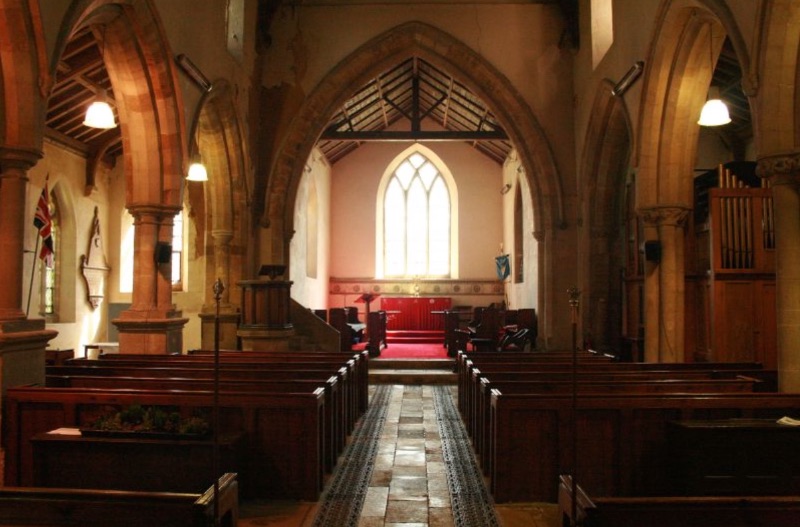 MASSIVE BLOW TO PROPOSED BATTLE OF NASEBY VISITOR CENTRE
Naseby Battlefield Project has received news that, in an unexpected about-turn, support has been withdrawn for a proposed battlefield visitor centre within Naseby Church. Responding to a request from The Lord Hazlerigg, Chair of NBP, for supporting documentation to be submitted to the Heritage Lottery Fund, Rev. Canon Miranda Hayes wrote: “The parochial church council (PCC) and members of the congregation indicate that they, too, would not welcome something they regard as an imposition upon the fabric and integrity of the church.”  This news has shocked the Naseby Battlefield Project as negotiations to create a visitor centre in the church have been pursued since 2013, when a partnership between the Naseby Battlefield Project and the Parochial Church Council of All Saints was established with the support of various village organisations. A subsequent consultation with Naseby village indicated overwhelming support for the plan that would have included toilets and kitchen facilities for the church and local community, a memorial to the fallen of the Civil War and a centre for visitors, including educational and military groups that visit the battlefield. Naseby Battlefield Project has already installed information boards and viewing platforms for visitors from within the UK and worldwide that visit the battlefield. The Earl Spencer commented that it was a “national disgrace” that Naseby, one of the most important battlefields in English history, does not have a visitor centre already. Therefore, with regret, after many years of planning, thousands of hours freely given by volunteers, and considerable financial investment by the Naseby Battlefield Project, the Heritage Lottery Fund, Benefactors and Friends of Naseby – all based on the support of Naseby Church – Naseby Battlefield Project (NBP) is looking for a new site for a visitor centre. 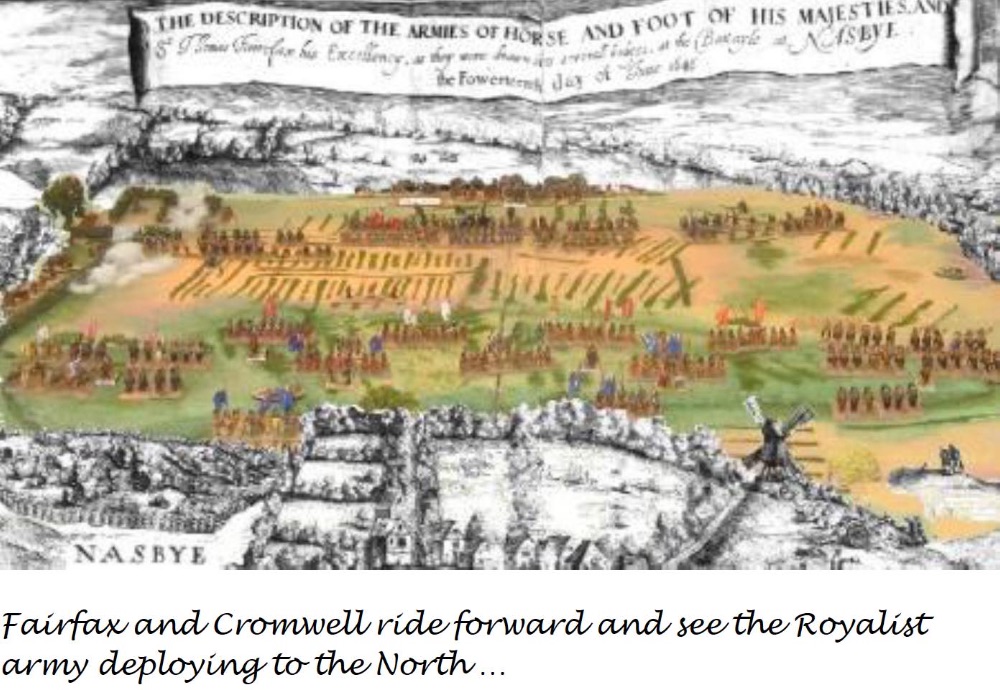 A couple of things coming up over the next month …

You may just be able to get in – check their website: Civil War Centre

Plenty of time to plan for this one.  Not to be missed – there has been plenty of support from the Sealed Knot at recent Naseby events so expect some added colour (and powder!) …

Next week in North Yorkshire

Posted on January 3, 2019 by yesthatphil

November saw Living History exponent Tom Aldwinkle give Northamptonshire Battlefields Society’s November talk at Delapre Golf Complex.  Tom brought along exhibits from his extensive collection of historic and reproduction weapons and equipment, explaining the evolution of weapons and tactics through the revolutionary impact of firearms.

Tom had a very interactive style probably derived from years of explaining topics at public events, encouraging questions and encouraging people to handle the weapons.

I’ll keep an eye open: Northampton Battlefields Society is closely associated with the Naseby Battlefield Project so features quite a lot of material within our period interests.

It has been a while since I posted anything on Mercurius which is a bit poor for a news page.  Unless nothing has been happening.

In truth, although nobody has sent me any stories in a while, there has been a lot going on … the Pike and Shot Society has attended a number of shows (most recently, Partizan).

There have been some important conferences and reenactment events.

But what I particularly wanted to raise is the recent development at Bosworth Battlefield.

What is happening at Bosworth?

The technology giant MIRA have put in a planning application to extend test facilities near the battlefield with a test track for autonomous vehicles (driverless cars).   It is the future and will bring jobs.  The Planning Officer was minded to approve.

Unfortunately it spreads onto part of the Registered Battlefield – so unless ‘wholly exceptional’ the Planning Committee should reject it.

Surprisingly, in consultation, the relevant Historic England official did not refer this to the Battlefields Trust but offered their own view that the damage to the battlefield would likely be minimal.  The Battlefields Trust does not agree with this advice and as soon as they became aware, launched a vigorous campaign to oppose the development.  In response, the Planning Committee have deferred their decision until 25th September.

Some questions that have come up …

Is this actually on the battlefield … and is this the ‘new’ battlefield?

Yes, and yes … this is probably right across the view Henry Tudor had as he approached Richard’s position.

Has archaeology been found in this area?

Is there more to find?

Battlefield archaeologists think yes, and have already suggested the registered battlefield needs extending on this flank …

Where exactly are we talking?

On this diagrammatic, right about where the word ‘Mercs’ appears on the bottom left

Well, this is really a fight for all battlefields … self-evidently there is nothing wholly exceptional about the Mira application (just, for them, business good sense) …

This is one of the most important battlefields in England …

The Richard III, Leicester and Bosworth story has brought world attention and millions in revenue to Leicestershire …

For Pike and Shot enthusiasts, this battle is transitional in political and military history.  It is important to everyone.

(historian Mike Ingram on the Fenn Lanes part of Bosworth Battlefield, near to where the proposed test track would be built)

For more, click on The National Civil War Centre

The anniversary walk at Naseby this year will be on Sunday June 10th and will include access to otherwise problem areas of the battlefield and weapons and kit demonstrations by members of the Sealed Knot.   Not to be missed, this is the ‘real’ Naseby Battlefield tour, only costs £6 and all proceeds go to the Naseby Battlefield Project’s funds which maintain the visitor viewing areas, interpretation panels and online support.

Elsewhere, out and about, the Pike & Shot Society were enjoying their day at Salute

The Pike and Shot, Naseby Project and Northampton Battlefields Society will all be at Partizan at Newark Showground in May.

The Naseby Project has also been busy over the Winter

(Phil Steele analyses the intelligence gathering during the Naseby campaign)

From the Battlefields Trust and Civil War Centre: